What Are The Best Things About WhatsApp

What are the best things about WhatsApp?

Most probably you know about the most trending chat application these days.

There are tons of applications exact same replica of WhatsApp but still, we prefer WhatsApp for one-to-one communication.

The company was started back in 2009 by Brian Acton and Jan Koum two former employees of Yahoo’s biggest tech company at that time.

They wanted to create such a platform that can help people to share there day to day life and hear what was born.

When initially created it was just a simple status sharing application where people can only share their daily life by text-based statuses.

Later it was integrated and converted into a text message application. Now WhatsApp has over 1.5 billion users around the world and you can’t even do the text-based boring chats but you can even do the video calls and voice calls as well and the best part is it’s free.

Not even charge a single penny for that. There are some questions that come to our mind.

How WhatsApp made a giant success in a short interval?

What’s its major income source? Why did Facebook buy-in in humongous $19 billion? And a lot of questions.

We try to figure out the exact things that will help you out to understand the success of this small but giant user-based application.

I’ll try to figure out the same exact things that will help you out to understand the best things about the most popular message application on the web.

Some points need to know about the application:

1. WhatsApp origin and its popularity:

WhatsApp was initially started back in 2009 by two ex-employees of Yahoo, the biggest tech giant at that time.

They both worked in the same company. Initially, the idea came into Jan Kaum’s mind.

After leaving Yahoo he spent his time traveling and chilling.

In between that time he also applied to the two biggest tech giants that time Facebook and Twitter but unfortunately got rejected.

He was so frustrated and finally, he decided to start work on his idea of creating such an application that can help people to communicate.

Initially, when the WhatsApp application was developed it just a status sharing application where people used to share their text-based status.

After some time, it was converted into a text message-based application.

Brian Acton later joined the company and rewarded as the cofounder.

The initial funding was given by the five ex-employees of Yahoo by Brian Acton.

The company started growing and the user base started increasing.

They have very few employees at that time. They had only 15 people on their team.

The major reason behind the popularity of the application may be that time there is not any such application that can allow you to send direct messages without even charging on messages.

It was such a simple application that can even work at a low data rate. WhatsApp started growing especially in young people at that time.

People got a simple mindset that they need someone’s number because they want to communicate over WhatsApp.

Not on calls, they wanted to talk over WhatsApp.

Most of the youngster love stories are on WhatsApp.

WhatsApp is a really simple and easy-to-use application.

Now WhatsApp not only limited to personal use, now you can use it for your business as well.

You can share the daily offers and prizes on WhastApp and can promote your products and services on the app.

There is one more platform that extended version of WhatsApp launched in 2018 is WhatsApp for business, where you can list your business and can showcase your portfolio with your customers and users.

Now you can also use the business API for sharing and tracking the live updates of your customers and it can also help you to grow your database.

How Can I Unblock Myself On WhatsApp

How Do I Know if My WhatsApp Account Has Been Hacked

As I already covered WhatsApp is free to use platform.

You don’t need to pay a single penny for that, instead of that where the revenue comes from? WhatsApp doesn’t have any ad network.

WhatsApp doesn’t sell ads. The creator wants to create a free platform and should be ads-free.

They initially started charging as little as $0.99 yearly subscription fee each year. It means you need to pay that much amount each year.

Later when it was acquired by Facebook the company started its service for free.

Well, when they charged an annual subscription, how many of you pay for that?

Most probably most people didn’t give any subscription because it automatically renews itself without even charging the money.

Brian Acton and Kam Jaun want a free-to-use user-friendly text message-based application because those time text messages were something that you need to pay off.

When Facebook saw the most user retention was going towards a text message application they decided to buy the application and offer a humongous $19 billion.

Brain Acton and Kam Jaun know that whatever amount they will demand Facebook will pay them.

You can imagine the largest user database only has Facebook alone.

According to TheNextWeb, Facebook alone has the world’s most popular four applications in the world.

It claimed that WhatsApp data used by Facebook for showing you more relevant ads.

Now, I have just Google it and found something interesting, you should also read it.

Make sure to read the full article.

The answer is simple. Guess what?

Facebook is the main objective that people will spend time on the platform.

The more time we’ll spend the better revenue the company will earn. 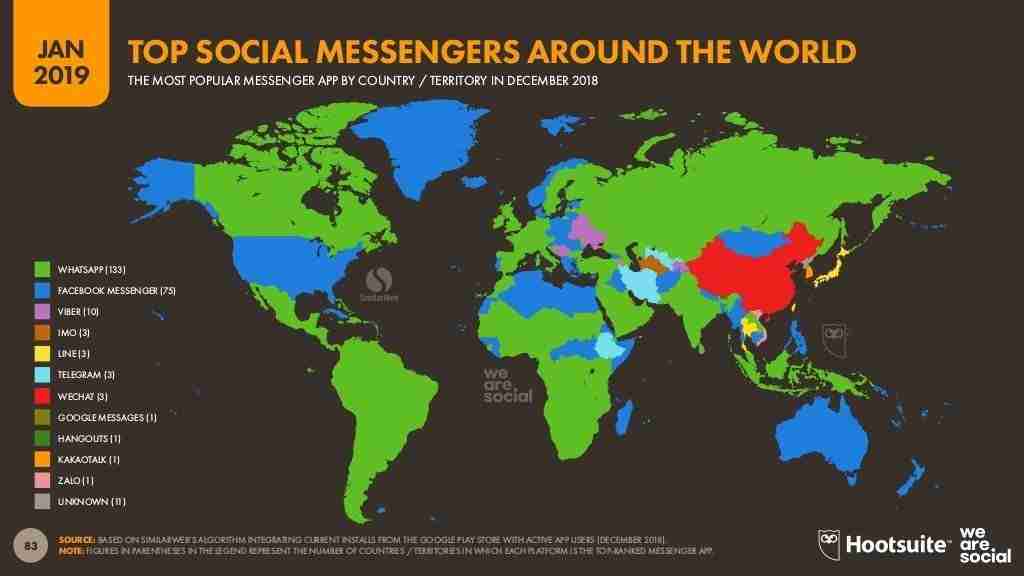 Most target audience of the company is youngsters and young people generally have a tendency to explore something new.

They always make a trend for new things. When WhatsApp initially launched, the text application started getting more responses.

Now people have an alternate option for spent their valuable time.

Facebook doesn’t want that. That’s why they don’t have any option but to buy WhatsApp.

You can also say WhatsApp is a competitor and on the other hand, the company thought that WhatsApp is the only application where they can get the user’s contact number.

A contact number is the most private thing for any person. It’s even more private than an email account.

When Facebook acquires WhatsApp the WhatsApp has almost 450 million users.

Facebook with the help of WhatsApp data you shared on a daily basis shows you more personalized ads on their companies like Instagram and other platforms.

Let’s understand it by taking an example, suppose you’re talking to someone and you’re discussing the Nike shoes.

Facebook got the idea that you were discussing the particular Nike shoe, which means you’re looking for Nike shoes.

This is what we call more personalized ads.

Facebook using your chat data to show you more relevant ads that may get more clicks and ultimately generate more revenue for the company.

Sometimes when you’ll download the application on your smartphone, it’ll ask you to get access to your GPS location.

When you’ll give access to your GPS location, the application will start tracking you.

Let’s understand it by taking an example, try to visit any digital store and spent some time over there, you’ll see if they have enabled the ads on Facebook and other networks, you’ll see the ads of the same company or store.

It’s only possible because you’ve given access to your GPS location. Make sure not to give the location access if you don’t want to track by the application.

4. Not limited to text messages:

Now WhatsApp embedded lots of features into its platform.

When initially started the company it only limited to sending and receiving text messages but the company implemented a lot of things to its platform. 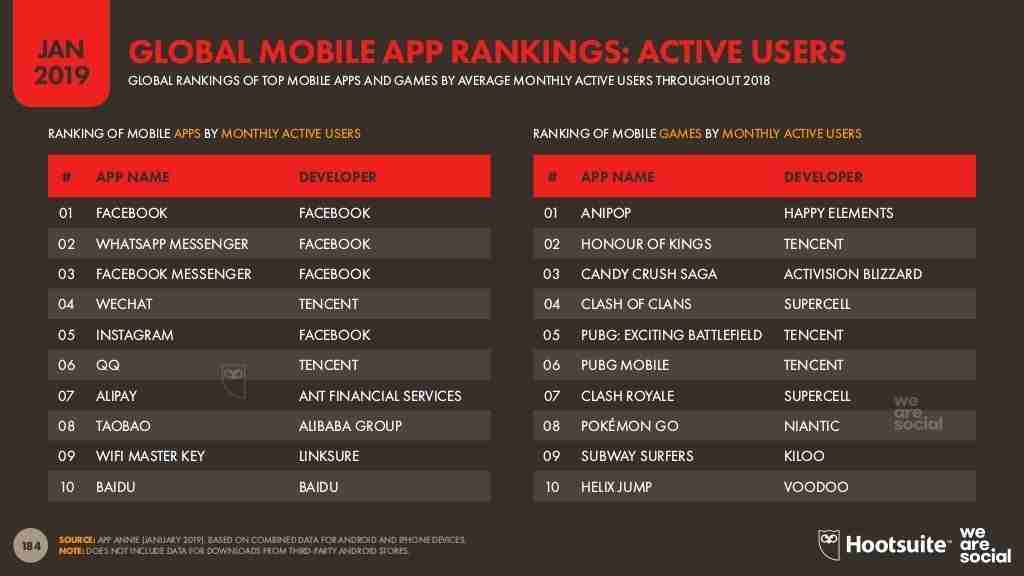 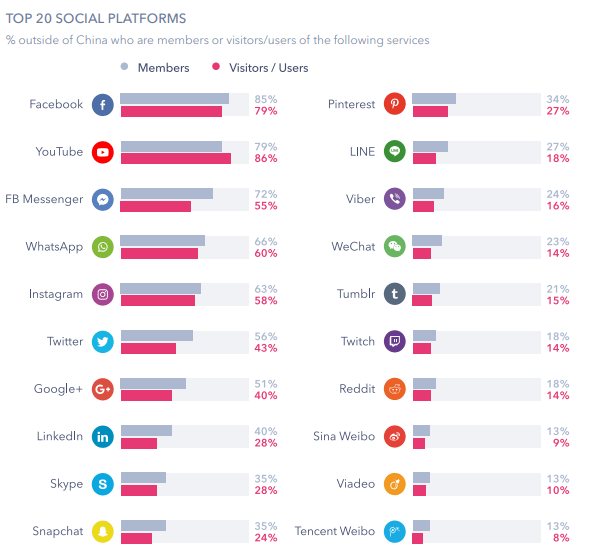 WhatsApp now becomes a complete one-to-one connection application where you can’t even share the normal texts rather you can do a lot of things.

It’s a one-to-one application where you can stay in touch privately.

If you want to convey some message to any specific person then you only need to send the text messages only to that person.

The message you’ll send will be protected by end-to-end encryption.

This means either you and the guy who sent you a message can only read that text message, not any other person can read. 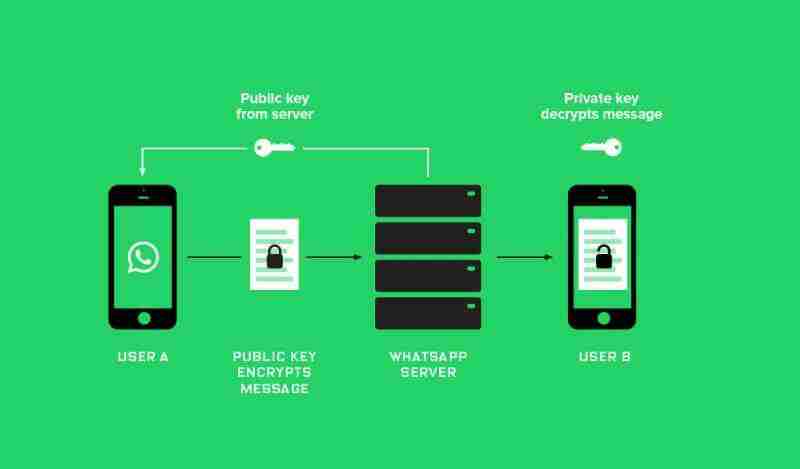 It’s protected by private and a public key that can only have access by you and the sender.

People, when started using the WhatsApp application for their business, Facebook got that point and they built an application called WhatsApp for business.

You can easily download the application from the PlayStore or AppStore.

When people will visit your WhatsApp account they will introduce you to these questions first.

You can show your products and services catalogs. You can set the greeting messages.

When your customer or user will send you a personalized text then WhatsApp business will send the automated message to that person.

I hope you read the full article and now you have an idea that how WhatsApp can really help you, not limited to connecting with your loved ones but also helpful for your business.

WhatsApp is really a great tool. If you have the right knowledge, you can use it wisely and can generate lots of revenue.

If you have any questions or suggestions make sure to mention them in the comment down below.

Use uTorrent Without Installing It

One thought on “What Are The Best Things About WhatsApp”