You will also know about the word terrestrial which denoted Earth-based, or land.

Whereas in satellite television the television programming is delivered to view by relying on it from the communication satellite orbit of the earth directly to the nearest location.

This signal is mostly received by a satellite dish and a low noise block downconverter which is also known as an outdoor parabolic antenna.

The word cable is very much similar in daily life and this is also kind of a system of delivering television programs to their consumer through radio frequency signal which is transmitted by coaxial cable or light pulses through fiber-optic cables.

But IPTV has the ability to stream source media continuously due to which you can begin playing the content almost immediately and this feature is known as streaming media.

It is not only limited to television streams from the internet but also widely deployed in the subscriber base telecommunication with high-speed access channel into and the user through to set up boxes or other customer premises equipment.

A setup box is an information appliance device that generally contains a TV-tuner input and display output to a television set and an external source of a signal turning the source signal into a form that can be displayed.

Whereas the customer premises equipment is its terminal and associated equipment located at a subscriber’s premises and connected with the carrier telecommunication circuit at the location point. 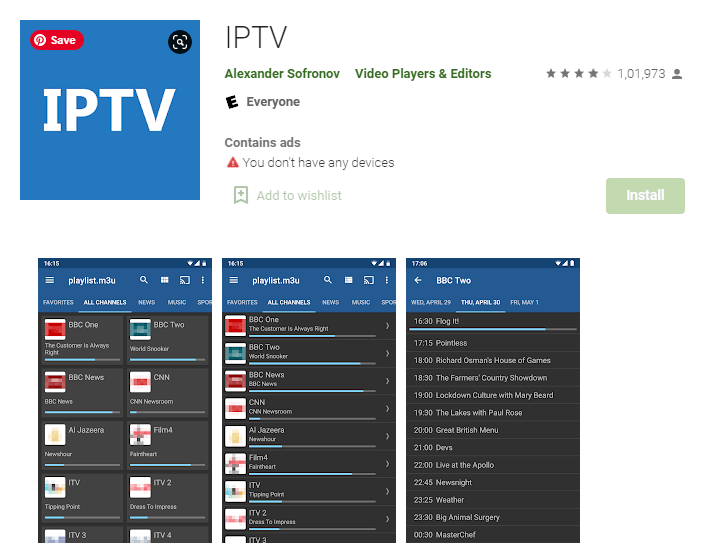 It is defined as a multimedia service such as television, video, audio, text, graphics, data delivered over an IP-based network managed to provide the required level of quality of service and experience security interactivity and reliability.

– In 1994 ABC world news broadcast its first TV show over the internet.

– In 2003 there was a launch of 1st world wild Apple TV service with full access and with 100 free IPTV across the globe.

– In 2006 there was an introduction of a famous U- Verse brand by AT&T with a dedicated IP network built exclusively for transporting video streaming.

As there is continuously growing pressure to drive revenue growth and there is a lot of technology that comes with the content delivery and promising subscriber uptake in various markets, which lead to the generation of interest in IPTV worldwide.

Now people get to know that IP TV can be become a source to increase value addition and drive a competitive strength, a very basic strategy of IPTV is

– Residential – If we talk about the global IPTV market it grew from 28 million subscribers in the US $12 billion revenue to 83 million in 2009.

In countries, Europe and Asia are the leading territories in an overall number of subscribers but if we talk about revenue then it is Europe and North America which generate a large share of global revenue.

It is because of the average revenue per user in China and India. But the ultimate and the biggest market in Asia.

In Nepal, the first launch of IPTV is by a new venture corporation also known as Net tv Nepal.

– Commercial – the start of subscription-based IPTV service with a reasonable amount of investment is possible only because of the IPTV server and client app for mobile platforms.

– Corporate – after 2020 to IPTV is widely used for distribution and division and audiovisual media for businesses and commercial sites it can be TV channels or video on demand.

Information education and famous TV channels play the main role to enrich corporate media lives and they allow companies to have their own mass media that can keep sensitive info inside a secure corporate IT infrastructure.

Resso – Everything You Need To Know

Oyo Rooms – Everything You Need To Know

Q-1 What is the protocol used by IPTV?

Solution- initially they use IP multicasting with internet group management protocol simply known as iIGMP for their live television now they also use RTSP (real-time streaming protocol) for their own demand programs.

Q-2 Which one is better IPTV or cable?

Solution- IPTV uses the internet to stream video which can lead you to suffer degraded video during peak hours.

So if you have a problem with the internet connection then the cable is a better option for you but with the right amount of bandwidth, IPTV is a better choice.

Hope you guys found this article helpful. If you have any further questions or anything you want to suggest then make sure to mention it inside the comments down below.

Make sure to read the article carefully and then keep your views.